We Clear Your Path to More Sales.

Our Company
and Our Culture

LET OUR TEAM WORK FOR YOU

When you work with ClearSale, you work with a powerful team of fraud experts who have honed their skills in the trenches of the world’s most challenging markets.

Through the years, we have innovated, optimized, and perfected our processes to empower you to eliminate fraud, sell more, and make your customers happier. We never stop!

Compliant/compatible with all data protection legislation

First company to offer chargeback guarantees - and the largest to still do so.

Problem Solving
Is in Our DNA.

Ecommerce is a dynamic, challenging environment. As the leading fraud prevention solution, we help your store reach its full potential – no matter the hurdles you might face.

We do this via our “secret recipe” that combines the best of big data analytics, statistical intelligence, human capital, and innovative technologies. With every new scenario, we strive to understand:

Our goal is to set you free from the worry and work of fraud management, so you can fulfill your vision of what you know your ecommerce store can be.

A Culture Built on Trust and Support.

As problem solvers, we know that people – both our team members and our valued clients – are our most valuable assets. 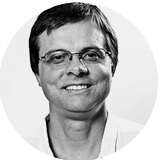 Pedro founded ClearSale in 2001 as a small start-up in Brazil. By 2010, ClearSale was Brazil’s 2nd fastest growing company. Today, ClearSale boasts more than 1,500 employees and is a leading global innovator in fully outsourced fraud prevention solutions.

Pedro earned his computer science degree from Point Loma Nazarene University in San Diego, California. After competing in the 1992 Summer Olympic and 1994 Winter Olympics in the 110-meter and 400-meter hurdles, he began his IT career – including building the first ecommerce anti-fraud systems used by two of the largest retailers in Brazil.

In 2011, Pedro was named a high-impact international entrepreneur by the Endeavor Global organization. He is routinely quoted in leading technology and retail publications and asked to speak at top events worldwide. 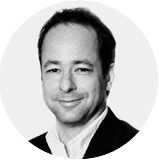 Bernardo draws on his background in statistics and his love of problem solving to create an industry-changing fraud management process based on statistics, IT, and human capital.

Since Bernardo joined ClearSale in 2004, the company has grown from a small start-up to the dominant CNP fraud-management provider in one of the world’s largest economies.

Bernardo’s passion for data-driven problem solving drives his work as ClearSale’s Chief Executive Officer and his other professional contributions. The Endeavor Global organization in New York named Bernardo a high-impact international entrepreneur in 2011.

Bernardo holds an Executive Program degree from Stanford Graduate School of business, and degrees from three of Brazil’s top 10 universities: a Ph.D. in Business Management from FGV, a Master of Economics degree from UCB-DF, and a degree in statistics from UNICAMP. 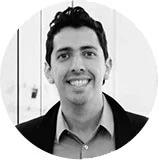 As ClearSale’s VP of US Operations, Rafael combines the company’s innovation-driven culture and emphasis on communication with a deep understanding of the statistical tools that underpin excellent fraud protection.

During his nearly 10 years with the company, Rafael has planned and executed ClearSale’s international business unit, directed ClearSale’s statistical intelligence area, and helped manage the company’s growth from 25 to more than 1000 employees.

Rafael has a distinguished academic background. He earned his master's degree in economics and finance at FGV-SP (Fundação Getúlio Vargas-São Paulo), and he holds a bachelor's degree with great distinction in statistics from UNICAMP, internationally recognized as one of the top universities in Brazil and the world

"I have always received immediate response and minimal fraud rejection -- which leads to increased sales."

"Clearsale has a great fraud protection using their algorithmic matching of potentially fake orders, and will scan them as they come up and reject them if they are suspected as fraud."

"Quick fraud detection on all orders. Ease of use on the platform. Never had a chargeback."

Amazing Company to work with

"Their customer service is the best. They are quick to respond and answer question regarding orders that are denied."

"Clear sale are very good, the orders get approved quickly ,which is great so we know we can confidently send out the goods. payment confirmation usually happens in 2-3 hrs. once that happens we know we are covered."

"The product is great. We've never had a complaint from day 1. The setup was easy. And the continued service has been exceptional. With a product like this you want it to work behind the scenes without ever thinking about it. That's clearsale. It does exactly what it is supposed to do and never causes us troubles."

Saves a ton of time and headaches!

"I don't have to spend time researching orders to see if they are fraud or not. I love that clearsale backs up their approvals with a money back guarantee if the order turns out to be fraud."

Great service and Peace of Mind

"ClearSale offers a great service that comes with a complete peace of mind. Their staff are easy to reach and pleasant to deal with. I particularly enjoy that I no longer have to spend hours a day investigating customers who purchase from our online store and try to determine if they are legitimate or not. No more rolling the dice with our business. ClearSale also backs up all their..."

Find out how to prevent chargebacks AND sell more. Talk with a ClearSale CNP fraud expert today!

We are the largest
trust group the market
has ever seen.